picture is Variant 2 of Medium Bush, which is more fernlike, more bushes will come

Berry bushes will be added in a later update. 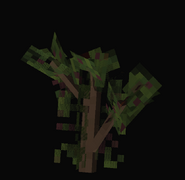 Add a photo to this gallery
Retrieved from "https://the-isle-of-hell-creek.fandom.com/wiki/Bushes?oldid=486"
Community content is available under CC-BY-SA unless otherwise noted.